Marek Kwiek and Krystian Szadkowski have just published a chapter on the Polish system in a new International Encyclopedia of Higher Education Systems and Institutions ed. by Jung-Cheol Shin and Pedro Nuno Teixeira (Dordrecht: Springer, 2018, pp. 1-9). 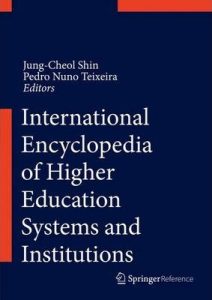