Kwiek for Altbach on global university rankings in the Polish context: a case study of University of Warsaw (Routledge)

University rankings are a topic of controversy and contention in many countries. Poland is no exception. This chapter analyzes aspects of rankings in the Polish context. Poland is a particularly interesting case, since it is a middle-sized country with a middle-tier higher education system. Among the questions discussed here are: what is the impact of global university rankings on the Polish national flagship university, the University of Warsaw? Are the changes in funding and governance occurring in Polish higher education, and in our case study institution, directly or indirectly linked to rankings? Are rankings driving the push for planned changes both in the system and in the case study institution, or do these developments merely happen to be concurrent? How do academics and administrators view global rankings? What are their perceptions of global rankings with reference to the institution and to their own academic careers? How, if at all, do global rankings relate to national rankings? Is the institutional culture of the case study university changing more due to ongoing reforms, global rankings, or national rankings? These questions are discussed in a context of ongoing higher education reforms, rooted in the Organisation for Economic Co-operation and Development (OECD) discourse of the increasing role of competition in research and of competitive research funding in higher education.

What could be interpreted as the pessimism of the Polish academic community is, in fact, their realism. And this realism—an awareness of the time needed for the university to become a world-class, research university, highly ranked in both global and European rankings under current conditions of funding, human resources, and governance—tends to determine their reluctance to take rankings seriously. Polish academics are aware that elite status is not self-declared, it is “confirmed by the outside world on the basis of international recognition” (Salmi, 2011, p. 226). Global rankings are part of the global recognition game. And this global research game is still not the game of the university, notwithstanding that selected academics and selected faculties are participating in it, despite national barriers.

The University of Warsaw is still not participating in the “battle for world-class excellence” or in the global “reputation race” (Hazelkorn, 2011). What Altbach (2011) terms “the ‘spirit’ of the research university” (p. 15) and “the research university professor” (pp. 18-20) still do not exist either in Poland, or in the case study university. The Polish system is huge (over 100 public institutions) and needs strong differentiation, with a few institutions much better staffed, funded, and governed at the top. Recent reforms have incrementally brought about some very positive changes (elements of competition, system differentiation, merit pay, managerial governance, etc.) but they are still not radical enough to allow any Polish university to become either a world-class or research university in the foreseeable future. The University of Warsaw is a perfect example that illustrates Altbach and Balán’s (2007) argument that “not all countries can afford ‘world-class’ universities, but most can—and must—have universities that fully participate in the world of research and development” (p. vii). Following this advice, the University of Warsaw is the best Polish candidate to move consistently up in the global university rankings. 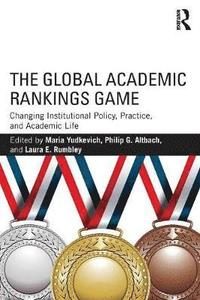