With Dr. Andrzej Kurkiewicz of the Ministry, he co-organized a Polish EU Presidency conference on the “Modernization Agenda of European Universities” in October 2012 in Sopot, which led to their joint publication of an edited book: The Modernization of European Universities. Cross-National Academic Responses (Frankfurt and New York: Peter Lang. 2012).

The book can be downloaded here. 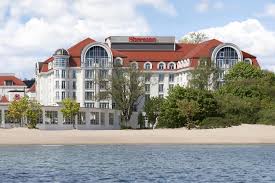