Marek Kwiek participated in an international conference “Social sciences in a European space – changes in institutions, disciplines and ideas”, organized by Kristoffer Kropp and Anton Grau Larsen, with a presentation: 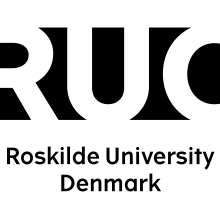 Social stratification in science has many faces: academic performance, academic salary, academic power, international research, academic role, and academic age. On top of that, there is gender stratification cutting across other stratification types. Inequality is in the center of academic careers, especially that academic workplaces operate in highly competitive environments. Young scientists fight for academic survival in a rapidly changing academic world in which doctoral students are already expected to publish, and postdocs are expected to publish extensively; such expectations were lower in the late 20th century. High-quality research performance matters because, as Stephan (2012) comments, “no output, no funding” (149). However, cohort also matters: In this case, what is important is the current global abundance of postdoctoral researchers and the scarcity of academic employment opportunities for them. The supply of highly able doctorates exceeds the demand for postdoctoral opportunities, not to mention permanent jobs (see Jaeger and Dinin 2018 and Yudkevich et al. 2015).

Past authorship decisions bear on the availability of future external research grants, getting hired or tenured, in different systems to different degrees. Research funding agencies and hiring committees across European social science departments may favor publications in top journals, publications written in international collaboration, or single-authored publications in top journals. Preferences differ across Europe but metrification and quantification procedures, as used in the various national research assessment exercises and national excellence initiatives, are ever more powerful. Publishing with scientists of the same gender may be easier easier but does it lead to academic success? Collaboration supports promotion and publication/citation counts – but is it national or international collaboration? Finally, in solo research there is no ambiguity in credit allocation, no errors in signals about scientists’ research abilities, but citations tend to be lower, especially for female scientists; and solo research tends to be located in (on average) lower-prestige journals.

Gender-related inequalities, differences, and sometimes biases have been studied for decades now. But only recently datasets are large and name-determination algorithms reliable. Systematically reviewing research literature on male–female differences in science, we have identified specific gender gaps in 16 areas; these are productivity, citations, international collaboration, mobility, professional networks, research funding, academic time distribution, academic role orientation, disciplines, methods, research agendas, and self-citations (defined as “input-related gender gaps”), as well as citations, group work recognition, tenure, and salaries (defined as “output-related gender gaps”). Input-related gaps accompany the process of research production; output-related gaps, in contrast, accompany the processes of assessment and reward in science (and assessment and rewarding of scientists, its producers). Among the rewards in science, we identify differences in how male and female scientists are cited, how their role in collaboration is assessed, how they obtain their tenure, and what salaries they receive. Good examples of input- and output-related gender gaps are self-citations for the former gap class and citations for the latter. Female scientists tend to self-cite less (King et al. 2017; Maliniak et al. 2013) on the input side, but they also tend to be cited less (Ghiasi et al. 2018; Potthof and Zimmermann 2017) on the output side. Gender gaps in science function within much larger gender socioeconomic gaps, with the former being clearly linked to the latter; for instance, gender relations in universities cannot be easily disassociated from gender relations in societies at large (including balancing work and family roles, the role of religion and patriarchy in societies, etc.; see Lindsay 2011).

Women are massively involved in research, but gender gaps continue to exist, possibly widening in some areas. A mechanism that may contribute to widening rather than closing gender gaps in science is “cumulative disadvantage”, or the “accumulation of failures” (Cole 1979: 78), representing the reverse of Merton’s (1968) “cumulative advantage.” Processes of accumulative advantage for male scientists may be accompanied by processes of accumulative disadvantage for female scientists in which the negative impact of some or all gender gaps combined build up over time (with the “self-reinforcing dynamic” ever stronger; van den Besselaar and Sandström 2017: 14). As the rich (in citations, publications, international collaboration, mobility, funding, professional networks, research time, tenure, recognition, etc.) get richer, the poor—here, female scientists embedded in gender gap–ridden academic environment—get relatively poorer.

Our next step is moving to a global study based on our “The OECD Science Observatory” dataset (with a complete set of metadata pertaining to all 19.3 million articles produced in the same study period of 2009–2018 in 1,674 research-active institutions located in 40 OECD economies, with their 8.7 million unique authors). A global account would allow examining the three collaboration types from a comparative cross-national (major European systems) and cross-disciplinary (major social science fields) perspectives. Our focus in this paper will be on social sciences across Europe to discuss practical implications for academic careers.

Potthoff, M., & Zimmermann, F. (2017) Is there a gender-based fragmentation of communication science? An investigation of the reasons for the apparent gender homophily in citations. Scientometrics, 112(2), 1047–1063.

Professor Marek Kwiek is Chairholder of UNESCO Chair in Institutional Research and Higher Education Policy. Director of a newly established IAS – Institute for Advanced Studies in Social Sciences and Humanities (2021), University of Poznan, Poland. His major research areas are sociology of science, quantitative science studies, and higher education research. He focuses on research collaboration, high research performance, and social stratification in science. The author of over 200 papers and book chapters. In 2020, he published in Higher Education, Studies in Higher Education, Scientometrics, and Journal of Economic Surveys. In 2019, he authored a monograph Changing European Academics: A Comparative Study of Social Stratification, Work Patterns and Research Productivity (Routledge). A Principal Investigator in 25 international higher education research and policy projects. An editorial board member for Higher Education Quarterly, European Educational Research Journal, British Educational Research Journal, and European Journal of Higher Education and for the book series Higher Education Dynamics (Springer).