Marek Kwiek had a Keynote Speech at IREG 2022 Conference: Academic Rankings at the Crossroads.

The Keynote Speech was about “Global Science, Global Scientists: Big Data and Understanding the Academic Enterprise in the Digital Age”.

For the first time in IREG’s history, the conference was held in Poland at the University of Warsaw, June 23, 2022.

IREG Observatory on Academic Ranking and Excellence (in short: IREG Observatory) is an international institutional non-profit association of ranking organizations, universities and other bodies interested in university rankings and academic excellence. Its purpose is strengthening of public awareness and understanding of range of issues related to university rankings and academic excellence. The experience acquired by a group of rankers and ranking analysts, who met first in 2002, led to creation of an International Ranking Expert Group (IREG) 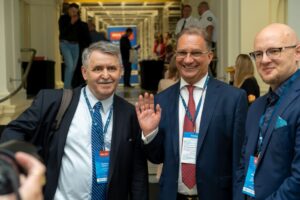 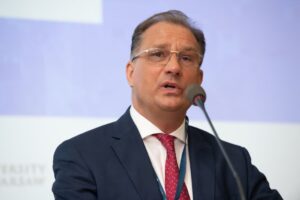 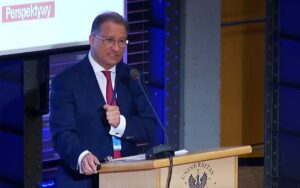 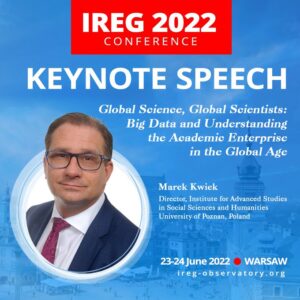 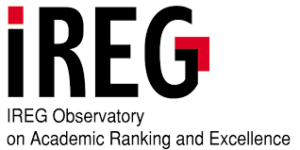