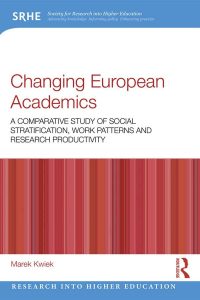 A Routledge preview of the book (Contents and Introduction) in PDF is here.

Professor Kwiek has been a Principal Investigator or country Team Leader in 25 international higher education research projects funded by the European Commission; the European Science Foundation; and the Fulbright, Ford, and Rockefeller foundations, attracting about 3 million euros in research grants for his teams.

Professor Kwiek published about 220 papers and book chapters and 9 sole-authored monographs and he publishes extensively in major academic journals. His most recent papers are in “Higher Education” (2021), “Journal of Informetrics” (2021), “Studies in Higher Education” (2021), “Scientometrics” (2022, 2022, 2020) and “Journal of Economic Surveys” (2021). His most recent monograph, Changing European Academics: A Comparative Study of Social Stratification, Work Patterns and Research Productivity was published by Routledge (2019). And in Polish, his most recent monograph is Globalna nauka, globalni naukowcy (2022, PWN).

He was a Fulbright Foundation scholar (University of Virginia, 1994-1995), Kosciuszko Foundation scholar (University of California, Berkeley, 1997-1998) and the Reagan-Fascell Democracy Fellow (National Endowment for Democracy, Washington, DC, 2002-2003). He was also a Fulbright New Century Scholar (NCS) from 2007 to 2008 (under D. Bruce Johnstone, SUNU Buffalo) and a Professorial Visiting Fellow at the UCL Institute of Education, London, from 2012 to 2013, as well as a Kluge Fellow in the Library of Congress (2002-2003, unable to take his office). Currently (2022-2023), he is a Visiting Professor at the German Center for Higher Education Research and Science Studies (DZHW), Berlin, Germany.

Professor Kwiek is also an international higher education policy expert for the European Commission, USAID, the OECD, the World Bank, UNESCO, OSCE, the Council of Europe, national governments, and higher education institutions and a higher-education reforms advisor in 13 transition countries. His recent research report is Internationalisation of EU Research Organizations: A Bibliometric Stocktaking Study (2019) for the European Parliament.

He served as a Steering Committee member of the BridgeMentor Program (Commercialization of Research) in the NCBR, a national research funding body for applied research (2013-2016). He also headed an Ustawa 2.0/Law 2.0 national team of 10 academics (2016-2017) who prepared the foundations for recent Polish higher education reforms; finally, he co-authored the AMU application to the IDUB national excellence program (2018-2019) which resulted in additional 100 million USD (350 million PLN) for AMU in 2020-2026).

In 2018, he was elected an ordinary member of the European Academy of Sciences and Arts (EASA) in Salzburg as one of 31 Polish scientists and scholars (Class V, Social Sciences, Law, and Economics).

In 2021, he was elected and ordinary member of Academia Europaea in London, the European Academy of Sciences, as one of 101 Polish scientists since 1988 (Class “Governance, Institutions and Policies: Education, Health and Welfare”). He belongs to the youngest 15% members of AE, those under 55.

Most Recent Keynote Speeches, Addresses and Invited Lectures (International only): 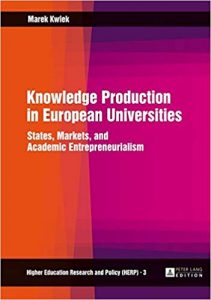 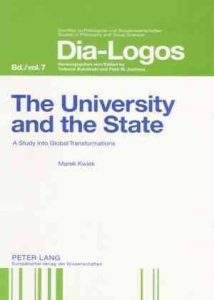 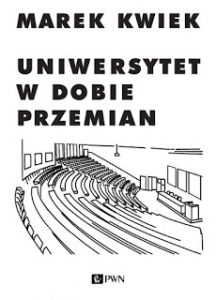 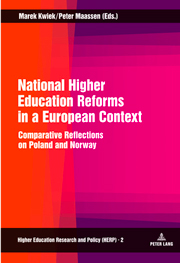 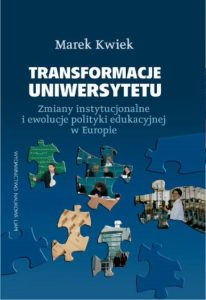 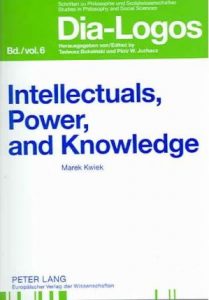 Keynote Speeches and international seminars (prior to 2020 only):

As well as about 40 presentations at international conferences and seminars, mostly across Europe, organized within completed international comparative projects: WORKABLE, EDUWEL, EUROAC, GOODUEP, Fulbright NCS, EUEREK and others.