Marek Kwiek and Wojciech Roszka’s research on “Gender-Based Homophily in Research: A Large-Scale Study of Man-Woman Collaboration” was discussed in the new issue of „Times Higher Education”, a global higher education journal.

The original research discussed is available from arXiv.

Most male scientists collaborate only with men – Polish study 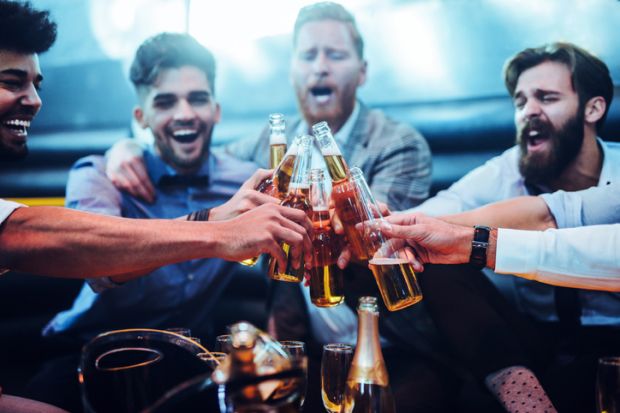 Source: iStock
Male academics may be more than three times more likely to work only with men on research projects than women are to collaborate in same-sex groups, according to a major study of tens of thousands of researchers in one national system.

The research, which looked at collaboration patterns among 25,000 “internationally productive” researchers in Poland, also found that the difference was largest among younger academics.

For the paper, published on the pre-print server arXiv, researchers Marek Kwiek and Wojciech Roszka merged a national Polish registry of researchers with data from Elsevier’s Scopus database of published research.

This produced a sample of 25,463 authors, including all the professors in Poland employed in 85 “research-involved” universities, and information on almost 160,000 articles they authored between 2009 and 2018.

The gap between the propensity for same-sex collaborations for men and women narrowed among older cohorts and those in more senior academic positions, but men in these groups were still more likely to collaborate in groups with just male academics than was the case for women.

“While the median propensity level for females [to collaborate in women-only groups] increases two and a half times when we move up the academic ladder, it is still much lower compared with that of males,” it adds.

The paper says the finding for younger researchers was “striking”. This came despite the dataset having the most gender parity in the cohort aged 39 and younger.

Another finding of the study was that articles written by mixed-sex collaborations were on average published in more prestigious journals than were those written by male-only or female-only groups.

Professor Kwiek, Unesco chair in institutional research and higher education policy at the Adam Mickiewicz University, Poznan, who co-authored the research with Dr Roszka, of the Poznan University of Economics and Business, said the findings suggested female academics in Poland were on track to close some gender gaps in science.

“The share of females in the academic workforce is on the rise. And the propensity to conduct female-only collaboration is very low among the youngest generation.

“We can thus expect ever more mixed-sex collaborations. Which are good for the Polish science as a whole, and for Polish female scientists for their academic promotions. I would expect gradual disappearance of the gender productivity and citation gaps – as the average team size has been increasing,” he said.

He added that the level of female-only collaborations had been lower than expected, something that could be attributed to particular characteristics of Polish academia.

“Polish research has been characterised by good gender balance: higher than average rates of female full professors, high female participation in STEM areas”, as well as women being employed on similar terms to men, he said.

However, the research did find that the propensity to conduct same-sex collaboration was higher in male-dominated disciplines such as computer science, engineering and maths, and also in the most research-intensive universities.

Professor Kwiek said the finding on disciplines meant “there may be substantial cross-disciplinary differences in closing the gender gap”.