Marek Kwiek published a paper on „A generational divide in the academic profession: A mixed quantitative and qualitative approach to the Polish case” in „European Educational Research Journal”. Link. 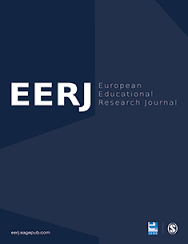 In a recently changing Polish academic environment – following the large-scale higher education reforms of 2009–2012 – different academic generations have to cope with different challenges. Polish academics have been strongly divided generationally, not only in terms of what they think and how they work but also in terms of what is academically expected from them following the reforms. This article explores intra-national cross-generational differences based on a combination of quantitative (surveys, N = 3704) and qualitative (interviews, N = 60) primary empirical evidence used according to the mixed-methods approach methodology and its ‘sequential’ research design. This article explores the major dimensions of the intergenerational divide between younger and older academic generations (and how they are related to both post-1989 developments and recent reforms). It shows the power of research at a micro-level of individuals, complementing the traditional research at aggregated institutional and national levels. Implications for Central European systems are shown.

The paper can be downloaded from ResearchGate here.

Selected ideas from the paper:

The academic profession in every country consists not only of academics from various academic fields and institutions of different types, of males and females of different ranks – all in changing percentages over time – but also of different academic generations (Finkelstein et al. 1998). Higher education systems in different times employ different proportions of young and older academics, of which those in most prestigious positions (chairs, full professorships etc.) usually act as role models for new entrants (Hagstrom 1965; Cole and Cole 1973; Brechelmacher et al. 2015). This paper explores the Polish academic profession through the analytical lenses provided by academic generations and focuses on the power of intergenerational tensions within and across academic institutions and fields. Similar intergenerational tensions occur in other European systems – especially those undergoing structural reforms, ever more based on the competitive logic of (research) performance in academic careers and research funding allocations between academics, their research teams, and their institutions (Stephan 2012; Huang et al. 2014; Yudkevich et al. 2015). Tensions increase, as does the pace of change.

Younger and older Polish academics are a textbook example of academics born to academic life in different eras, working with different career opportunities, and following different academic norms. Marquina and Jones suggested recently (2015: 1349) that different generations of academics may “experience and understand academic work in quite different ways”. My research seeks to explore these differences following a more general observation that academic cohorts are individuals who “share similar experiences or receive similar exposure to the unique events that characterize their lives. These common experiences may mark each one for life, and as a result, members of different cohorts may exhibit differences in behavior, values, and intellectual abilities” (Stephan and Levin 1992: 115; see Finkelstein et al. 1998). The difference between common academic experiences under communism and today have been already widely discussed in research literature (e.g. Pinheiro and Antonowicz 2015; Kwiek 2014; Kwiek 2012).

The paper uses a mixed-methods research design, with extended quantitative and qualitative strands, as I am interested in both narrative and numerical data – assuming that one data source may be insufficient. I follow Creswell and Plano Clark who argue that “mixed methods research helps answer questions that cannot be answered by qualitative or quantitative approaches alone” (Creswell and Plano Clark 2011: xx). The mixed-methods approach “stands in the middle of a qualitative-quantitative continuum” (Teddlie and Tashakkori 2009: 28). More specifically, I use  a “sequential mixed design” in which the quantitative and qualitative phases of the research program occur in a chronological order (Teddlie and Tashakkori 2009: 120). I was collecting and analyzing two independent strands of data in two phases; then merging the results of the two strands.

From the qualitative material there emerges a major intergenerational dividing line between the “internationalists” and the “locals” in the Polish academic research production. The young academics interviewed tend to believe that their research matters as long it aspires to belong to the ongoing international scholarly conversation; older academics (almost exclusively in senior ranks, for structural reasons explained above), in contrast, more often seem to believe that research in Polish universities can still be mostly local in scope and orientation – and only extraordinarily be international. These contrasting approaches to research go far beyond the Polish case, though. The traditional cosmopolitan/local tension in academia (Gouldner 1957) has been all-pervading and it refers to the way research activities are conceived of, to academics’ natural reference groups in research, to preferred or expected publication channels, types of conferences being routinely attended and books and journals being routinely read.

While among both younger and older academics the proportion of locals in research is considerable (which I will discuss further based on quantitative material), it is currently decreasing among younger academics faster because of, inter alia, new academic promotion and research grants requirements, both with a strong emphasis on international research outputs (as elsewhere across Europe, see Huang et al. 2014; and Smeby and Trondal 2005). The increasing internationalization in research was one of the two founding principles of the Kudrycka’s reforms (the other one being competition).

Science needs clear academic reference points and scientists need unmistakable academic reference groups (Hagstrom 1965; Cole and Cole 1973; Wilson 1995; and Crane 1965). For older generations, a reference point both under communism and in the 1990s was national science, and reference groups were mostly national scholars, even in top public universities. The international dimension of research was largely absent: for structural, ideological, and financial reasons (as elsewhere in communist Europe). The political and economic integration of Poland to the European Union meant the increasing cosmopolitanism of science, especially for younger generations, the process usually referred to as its “Europeanization” (see Dakowska and Harmsen 2014). The individual position in science no longer means exclusively the position in Polish science, young interviewees claim, observing radical changes in the rules of the academic game started with the Kudrycka reforms and trying to accommodate to them.

The interviews reveal the existence of what one of them termed a virtual “battlefield” between the “independent” and the “subordinate classes” (“there are two estates which are heavily distinguished from each other in a symbolic sense, in a primarily economic sense – but not in the sense of competences”, 30/Young/ Assistant professor); as a young academic put is metaphorically, “one becomes a human being only after habilitation. Everyone before it – is a half-human being” (12/Younger/ Assistant professor). The young generation of academics is reported to suffer from a “deep hierarchization” (21/Older\Associate professor). Academic semi-feudalism or feudalism, almost unanimously reported to still dominate in personal and professional relationships between junior and senior academics, is sometimes believed to be caused by a fear of competition on the part of seniors (“they are embedding themselves in their positions to introduce ever new criteria” of what young academics need to do, 18/Older/ Assistant professor). The emergent picture is that of a generationally-divided academia: the split between academics in the two career stages – before and after being granted the habilitation degree – is powerful and holds across all clusters of academic fields.

Different generations of academics exhibit different academic behaviors and attitudes – and react differently to ongoing structural reforms in higher education. The qualitative material reveals a picture in which there are two types of (Polish) academics today. One type comprises older generations, mostly from soft academic fields, predominantly unable to be as productive, as internationalized in research and in publication channels, and as internationally mobile as required in new policy discourses (and, increasingly, in new recruitment and career advancement requirements). Their major feature is the lack of understanding of – and sometimes even hostility to – new competitive mechanisms used in research funding distribution, a general distrust in objective, measurable criteria of assessment of individual research achievements, and a general dislike of the emergent competitive academic order. And the other type of academics comprises mostly young academics, predominantly from hard sciences, working under mounting competitive pressures, beginning to understand that the rivalry in seeking research funding and publishing research results internationally is a constitutive element of the academic profession employed in top segments of national systems. This dichotomy goes far beyond the special case of Poland and pervades numerous European systems, Central Europe and beyond, including, to varying degrees, Western European systems.

A generational approach to the academic profession used in this research, especially in mixed-methods research designs, highlights new policy dilemmas for all countries currently reforming their higher education and science systems from a new angle. The lessons learnt for public policy go far beyond Poland. The winners and the losers of university funding and governance reforms – as well as their supporters and opponents – need to be differentiated much stronger along their academic cohort affiliation (that is, age). Consequently, the political economy of reforms emerges from this research to be heavily linked to different patterns of academic generations in different countries. On top of that, what is needed in Central Europe and beyond is more cross-national evidence-based research of academic attitudes and behaviors, that is, new empirical work at a micro-level of individuals, complementing the traditional work at aggregated institutional and national levels.